Why an Aussie Sold His Telescope to Travel to Thailand

The Matrix. How do you know you don’t live in a simulation? We all have times when the course of events is so unexpected that it could easily be staged, like the plot of a Hollywood film. It seems these scenarios happen on HelloTalk daily.

This international travel thriller will leave you inspired and, if not that, than at least longing to travel to Thailand!

Jordan is an individualist. He has always chosen the less well-trodden paths. So, perhaps what follows is not that big of a surprise. This year he sold his belongings and travelled to Thailand to meet a Russian woman whom he befriended on a language app. It sounds like a plot of a 90s crime film, Jordan points out jokingly.

And, perhaps it was one?

Jordan is driven by a spirit of curiosity. In his mid 20s he decided to study radio astronomy, a field he sees as a frontier science, and one which allowed him to explore physics. His fascination with space naturally combined with his other interest, photography. This mix results in a passion for astrophotography—something one can easily indulge in on the vast, empty landscape around Perth, Australia, where Jordan lives. His shots have already won him several astrophotography awards.

Alongside these activities, Jordan also helps people with their English on HelloTalk, is fascinated by Russian history, works and has a daughter. That would keep anyone busy!

Jordan approaches all of his interests head-first, with a lot of passion. Russia is a peculiar interest for an Australian, and for Jordan it started in his childhood. “I don’t fully understand why myself. It might be about individuality. Russia has a character, personality. It goes against the grain, just like me.”

“Growing up with a lot of American influences you hear a lot about ‘evil Russians’ and ‘superhero Americans’. I got tired of that quickly.” That’s when he started exploring. But, the interest was pretty dormant until, an eruption has shaken his life.

“Eight years ago I lost my job in logistics. The market was difficult, it was hard to find work. Instead of sitting on my hands I decided to learn a new language. It was also with the hope of increasing my employability.” Perhaps some of you remember that eight years ago self-teaching tools were not as convenient as they are now. Jordan wasn’t consistent in learning and stopped after having just learned the Cyrillic alphabet, and some grammatical basics.

“My pronunciation was terrible. I was embarrassed at the state I left my Russian in.”

Fast forward six years. Jordan has more spare time and learning tools are better. “I wanted to push my language further. At the state I left it in, I wouldn’t be able to have a conversation with a Russian.” The problem was that there aren’t many Russians in Australia to converse with. Jordan wasn’t even certain a Russian would be interested in talking to him. His doubts quickly dissipated when, looking for conversation opportunities, he downloaded HelloTalk.

“By now I’ve spoken to about 300 different people, and at this moment I have 200 unread messages.” he says glancing at his phone. “As an Australian, I’m probably one of 10 to 15 people who wants to speak to Russians,” he laughs. The learners he meets are fascinating, and come from all corners of Russia and the former USSR. “I spoke to people working in cancer research, mathematicians, doctors, physicists. They have a lot to offer, we always have intriguing conversations.” There is however also a place for casual conversations, and Jordan admits people who he speaks to on HelloTalk are just like his friends down the road.

“I feel vindicated. My interest in Russia was well-placed.”

This could have been the end of this story, an Aussie guy making 300 Russian-speaking friends on a language app, but one of his conversation partners was different. “Lana was one of the first people I spoke with on HelloTalk. We have similar personalities and sense of humour. She was surprised I knew anything about Peter the Great and Ivan Grozny!”

Lana patiently corrected his Russian, and he used simple English to make it easier for her to translate. “It also turned out that pronouncing Jordan comes out with a heavy accent, so we settled for Lana just calling me Jonny.”

People go to great lengths to establish a smooth connection. This, however, just the beginning.

As they spoke regularly, day by day the connection deepened. Eventually, they decided to meet in real life—halfway between each other’s countries, in Thailand. Planning started in July, leaving them three months to organise everything. It might seem like a lot of time, right?

“I didn’t even have a passport then. My living situation was precarious.” Jordan was anxious. But, Lana was a person with whom he had a deep personal connection. The thought of missing the opportunity to meet her was even more disturbing.

“My friends said I will not be able to make it financially.” Jordan was determined though. “I knew I would hate myself if I missed that opportunity” he told me. He got the money together by selling, among other things, his telescope and photographic equipment.

Fear and Excitement in Phuket

Many fears accompanied Jordan and Lana before they met in person. How to handle their conversations without HelloTalk translations? Perhaps in real life their conversations would be less funny, or more awkward? “I feared we wouldn’t be able to communicate. At the same time, I tried to reassure myself. Lana’s English is much better than my Russian, and we spoke on the phone before. I was excited to meet her.”

They arrived in Phuket early afternoon on the same day and agreed to meet at five in the evening. To kill time Jordan set off to explore the city by himself. When he got a message to meet in 20 minutes, he headed for Lana’s hotel. “We booked places so close to each other I could see her hotel from my window!”

“I stood waiting with my back to the lobby, I didn’t want to obsessively stare at the stairs. Suddenly I felt her hand on my shoulder. I turned around.

Before, Lana only existed on my phone, and now she was standing in front of me.

She hugged me. It felt like we both needed hug.

I said “Привет, как дела?” Russian for hello, how are you.

“So you are real”, she replied.

From Australia Jordan brought Lana four different cheeses and wine. This is how they celebrated their first meeting. The following days were like a dream, when every day was like an adventure, Jordan told me. It was also an unexpectedly Russian experience.

“I was surprised to discover that Thailand was a cheap way to explore Russia.” While people typically talk about mango and sticky rice, Jordan said it was in Thailand where he tried Russian food and kvass for the first time.

Since Lana was with a tour group they also took trips together. On the tour bus, the guide spoke about Buddhism and the history of Thailand, but it was all in Russian.

“I could only try my best to understand! Even though I took some speaking classes in the last months, Lana said it still felt like hanging out with a four-year old.”

Their initial fears turned out to be unfounded, they had no problems communicating. The connection created on HelloTalk transferred well into real life. From the money Jordan saved he bought a second hand laptop which he brought to Thailand. He set it up in Russian for Lana to use when she gets back to Moscow.

“Before, I was just words on the screen for her. Now I’m real. Now she likes me, and I know I really like her.”

“My progress in Russian has been the fastest in the last 6-7 months, and most of it is because of talking to people on HelloTalk.”

“As for Lana, we have shared a meaningful experience now, and the relationship that means a lot to both of us. Communication became more important.” Since they returned to their home countries, and since Lana has a laptop, they tried Skyping. “It was horrible”, says Jordan, “we still have some tweaking to do with the computer.”

Jordan refurbished a computer for Lana and set it up in Russian so that they can communicate better.

Jordan refurbished a computer for Lana and set it up in Russian so that they can communicate better.

Jordan and Lana are already planning the next meeting and, as in many other international relationships, are facing the logistical nightmares of the set up: the permissions, the visas, the bureaucracy.

“Everything is possible is our motto. Believing in it has so far been transformational.”

Lana will come to see Jordan in Australia in March for “moonlit nights beneath the stars on the beach” says Jordan. Later, he will figure out how to visit Moscow in June. Both to see Lana, her friends and family, and for astrophotography. He overcame the obstacles once, to fly to Thailand, he will certainly do it again.

“If you care about somebody, and want to explore that connection, just do it.” 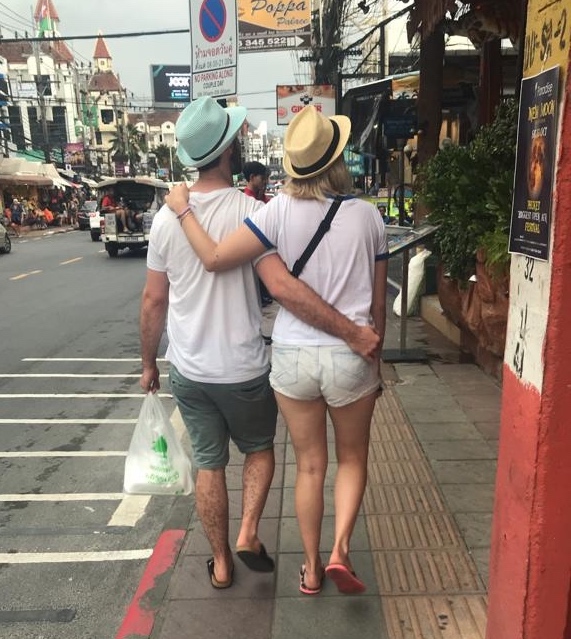 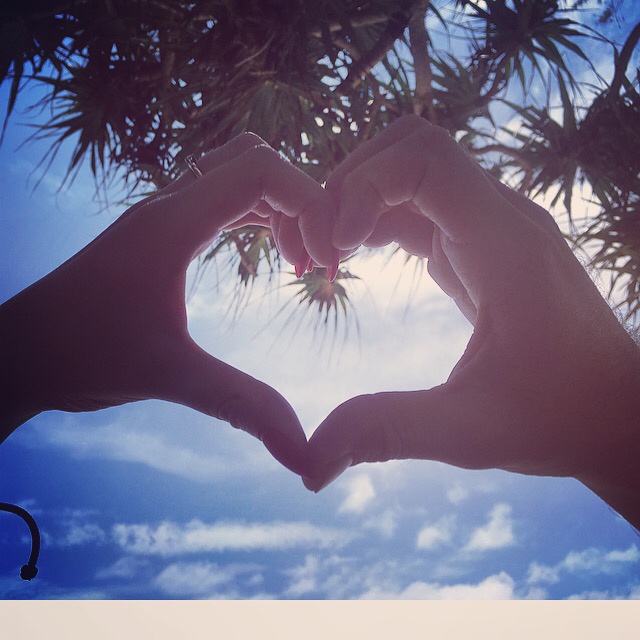 Interviewed and written by Marta Krzeminska